We all know what it’s like to go from the joy of wandering through an IKEA and looking at all the fancy kitchens, bedrooms (and taking advantage of the food!), to quickly being sat at home struggling to put together a piece of IKEA furniture. No, BoKlok, co-owned by IKEA and Skanska, has come to an agreement with Worthing council in West Sussex to be in charge of developing and constructing a selection of low-cost housing options in the south of England.

The plans for 162 apartments to be built by the IKEA subsidiary has been approved by Worthing council, with the first stage of the development expected to be delivered as early as 2021. 30 per cent of the block of homes will be provided to the local authority at cost value, in return for use of the land. These apartments will be used for social housing purposes, with the remaining 70 per cent sold to the “left to live” model put together by the developer.

BoKlok will set a price for the apartments based around a level that allows families to have enough money to live off. This type of social housing through developers was formulated with the idea that a single parent could still afford to by a two-bedroom property built by the developer. The figure is calculated by taking the average salary of a person who is in full-time employment, and then calculates a 25-year manageable mortgage after tax and living costs have been taken away.

It is an innovative approach that requires interconnected thoughts between all parties, with only one house available per buyer, and restrictions in place over the time allowed to sell each property to ensure they are not just bought as an investment with a view to re-selling or letting out to tenants.  Potential owners for market sale homes will be allocated through a ballot system to ensure fairness of application.

This type of approach will be piloted in Worthing through the agreement with Boklok, with a view to developing 500 more homes in the area should it be a successful scheme. 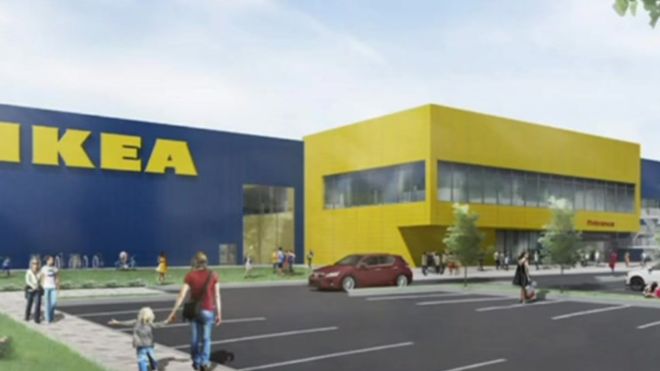 The low-price points have become readily achievable due to the prefabrication of structures off site, with homes in Scandinavia typically built using timber to enhance the low carbon qualities of the project. In Sweden, Denmark, Norway, and Finland, BoKlok has been involved with the construction and delivery of over 11,000 homes so far using this approach. The link with IKEA ensures that all houses and apartments comes as standard with IKEA kitchens, tiles and flooring (and as a result have been christened ‘flat pack homes’ by some.

The firm had previously attempted to bring this innovative architectural and housing development approach to England in 2007 in Tyneside, but the project became unviable due to the crisis in the global economy in 2008. It remains to be seen whether IKEA’s move into housing can be as successful in England as it has been in Scandinavia, but it is certainly an interesting proposition to keep an eye on.

All you need to know about bank housing loan Singapore

Working with a new HVAC service: Top tips at a glance!

The Benefits That Pool Renovations Can Provide For Your Family.

Top Tips to Use When Looking For a Mortgage

The Benefits That Pool Renovations Can Provide For Your Family.

How to Clean Your Heater Vents in 5 Easy Steps

The Benefits That Pool Renovations Can Provide For Your…